Delivery company Hermes has launched an investigation after shocking photos emerged of packages strewn in the back of one of its vans and scattered across a depot.

The pictures, taken in the week after Christmas, show parcels littered throughout one of Hermes’ 26 UK depots.

The delivery company is one of the biggest of its kind nationally and serves consumers across Scotland.

The scene is reminiscent of a dumping ground, with customers’ packages untidily left on the warehouse floor – some which are even labelled as fragile.

There are few items to be seen on the actual conveyor belt, but one box that is on there has a dent in the middle of it.

A worker at the depot, in Bradford, West Yorkshire, who wished to remain anonymous, claimed the issues shown in the pictures are a daily occurrence.

Drivers for Hermes have a mixture of jobs to do throughout the day.

This includes delivering to various destinations, collecting customers’ packages to return to suppliers, and driving between different depots with parcels.

Packages are taken back to the depot, where they are “flung” onto the conveyor belt ready for transit, says the worker.

They added that staff are expected to collect up to 900 packages a day.

Such a large amount will often not fit in vans safely and carefully, claimed the worker.

But, they are loaded in anyway. 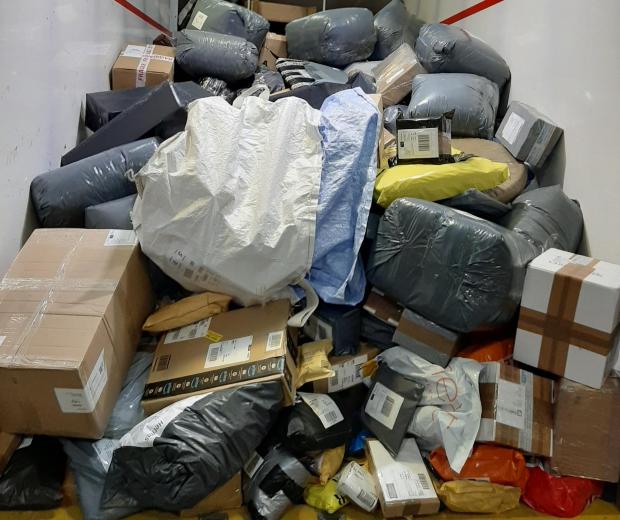 The worker said: “There’s so much volume put onto the drivers it’s impossible to load the van in a safe and caring way.

This often leads to fragile items being placed in precarious positions, and prevents any real order being implemented.

Some of the photos show a customer’s brand new television, which has other boxes piled on top of it and is balanced diagonally, rather than laying flat.

The worker said: “We have complaints, but we are told by management to give them an apology.

“I feel these standards make the drivers look unprofessional and shows a lack of consideration.”

A spokesperson for Hermes said: “We successfully deliver 390 million parcels a year and every one of them is important to us.

“We are shocked at these photos which do not reflect the standards we uphold within our 26 strong depot network.

“Our compliance team has launched a full investigation and we will take immediate and effective action.” 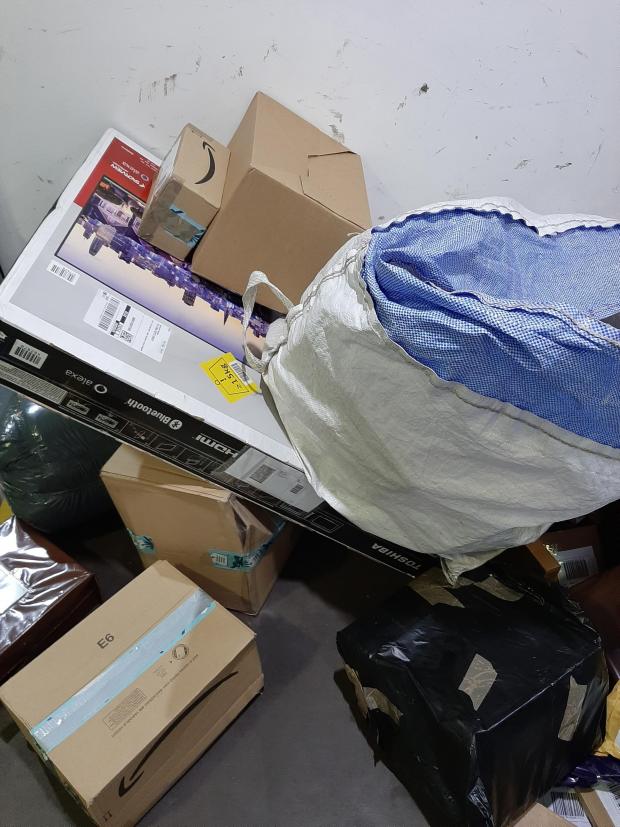 One customer who lives near the depot, who has already experienced issues with the delivery firm, was shocked when she was shown the photos.

Carrie Emerson, of Cottingley near Bradford, had three orders go missing at the back end of 2019 including two Christmas gifts.

She said: “That is disappointing. I am still having issues with the courier.

“I currently have one item of tech outstanding. They lost one item I sent via them.

“Unfortunately it seems a wider issue than just Bradford.

“They appear to have a lack of organisation, leadership and accountability.”

A number of other residents in Cottingley expressed their fury back in November at the service provided by Hermes.

At the height of the problem, it seemed to have reached the stage where “nobody was getting anything” in the village, according to one unhappy customer.

Has this happened in your depot? Or are delivery drivers getting an unfair bashing here?

They definitely are our York! I'm in the middle of a argument with a Hermes cowboy at one of the companies I pick up from he keeps on taking the yorks I drop off in the morning

he is adamant that Hermes has an agreement with royal mail that they can use our yorks (biggest load of crap I've ever heard) I've informed my line manager but has anything been done?......not one bit!

It's about time RM took back all the yorkies from these bastard, companies who rip off their workers. No wonder stuff is all over the place. For £8.71 per hour and 50p extra per hour night shift allowance, what do they expect. Pay your staff reasonable wages with decent terms and conditions and they will stay loyal and do a good job. Great them like s**t and, well, see what happens. When your working, especially nights for roughly £370 top line,walking out with about £290 for 5 NIGHTS WORK, some of that over Saturday and Sunday night's also, your better off on benefits and don't give me any pish about you feel better about yourself and it's the right thing to do. BOLLOX. The right thing to do is pay people a decent wave so that they can live a basic life with a few comforts. We are not asking for a lot, just to be able to enjoy life. Is that too much to ask. Don't think it is!