Union members of Korea Post announce the decision to strike on July 9 at the Korean Federation of Trade Unions office in Seoul, Tuesday. / Yonhap


Postal workers here will go on a general strike on July 9 for the first time in the 135 year-history of Korea Post, their union announced Tuesday.

The union said 92.87 percent of its union members gave their assent to the strike in a vote conducted the previous day.

The decision comes after a series of deaths among delivery workers. The union claimed 175 delivery workers have died since 2010, and some of their deaths resulted from overwork.

"We can no longer sit by and watch delivery workers dying," the union said in a statement. "We will go on a strike on July 9 for the first time in the history of the nation's postal services unless Korea Post and the government present proper countermeasures."

The union applied for the National Labor Relations Commission's (NLRC) mediation for its negotiation with Korea Post, June 11.

The NLRC held the first mediation session on June 20, but the negotiation fell through after Korea Post refused to accept the union's demands, citing budget issues.

After the union announced its decision, Korea Post issued a statement, saying it will do its utmost to prevent the union from going on strike.

"We will continue dialogue with the union and give our full efforts to reach an agreement at the earliest possible date," Korea Post said.

Korea Post asked the union to work together to overcome the crisis rather than pursuing extreme measures, stressing that postal services are a foundation of distribution, which has a profound impact on the nation's economy.

Korea Post is the national postal service under the authority of the Ministry of Science and ICT. 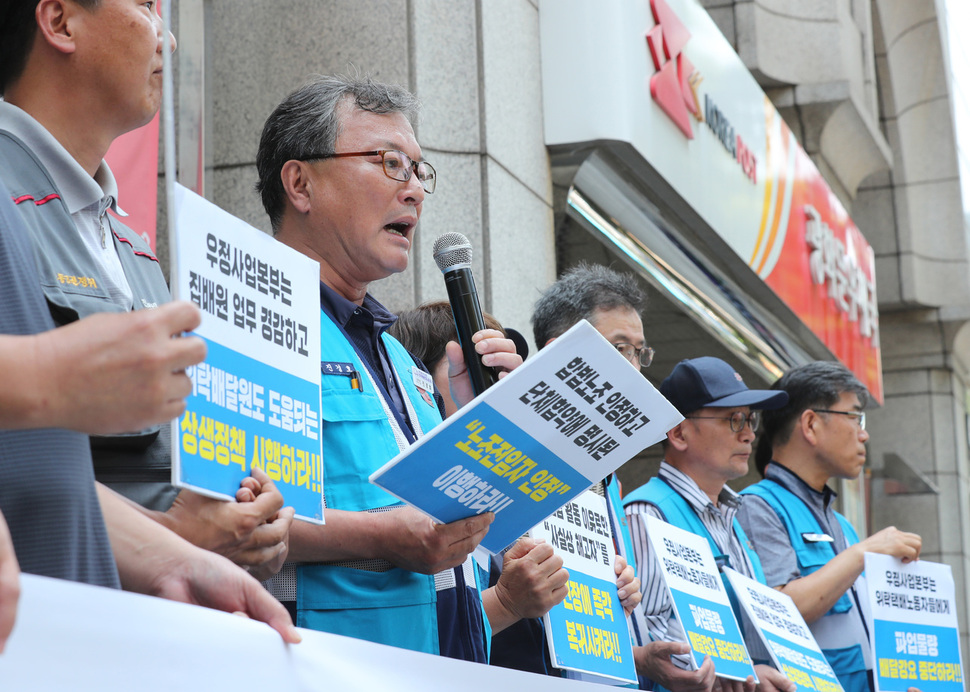 The Korea Post branch of the Parcel Delivery Workers' Solidarity Union held a strike and a rally in Seoul’s Gwanghwamun Square on July 4. It was the first instance of South Korean postal workers mobilizing in a general strike. After the strike was announced, all union members refused to deliver additional orders. The strike was organized in protest of the wage system that forces drivers to rely solely on commissions without being paid fair wages. Additionally, parcel delivery drivers across the country declared their solidarity with the Korean postal workers on strike, refusing to delivery delayed orders.