Incident filmed by a resident in Brighstone, on the Isle of Wight
Posted footage on Facebook yesterday and it attracted hundreds of comments
It shows thug screaming at the postman as he sits in his van
The thug then kicks the door and the postman gets out to confront him

A postman was verbally abused by a yob who then kicked his van after he scolded the youngster and his friends for being out during the coronavirus lockdown.

The explosion of anger took place on Thursday in Brighstone on the Isle of Wight and was filmed by a shocked resident, who posted it on Facebook.

Her footage shows the young thug confronting the postie while he is sat in his vehicle.

He then screams at him before booting the door of his delivery van.

The yob walks away briefly before returning and is then involved in a stand-off with the postman who has gotten out of his van.

The social media post of the video has gone viral after being shared 1,100 times.

She said: 'The postman only told them that two people are meant to be out together.'

Locals spoke of their anger.

Kenneth Marriott said: 'This has disgusted me.

'What do these little twits think they are doing.

Ray Cobb added: 'It's situations like this that will lead to it being taken into people's own hands.

'Police have got enough to deal with at the moment.'

Danny Brind said: 'If I was the postman I would have decked him.'

Prime Minister Boris Johnson ordered Brits on Monday to stay at home to help the NHS battle the COVID-19 pandemic. 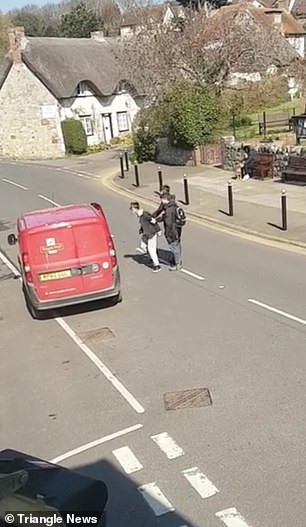 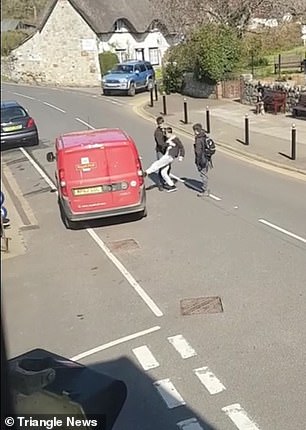 Under the measures, they were told to only leave their house for essential work, exercise or shopping and to stay two metres from people and in groups of no more than two.

There have so far been more than 11,000 cases of coronavirus in the UK and 578 people are confirmed to have died.

Young chap needs a good boot in the baws.

Probably out of his face on something, he needs two boots to the Dennis Laws.
Hope the the little arsewipe is identified.

blue1873 wrote:Probably out of his face on something, he needs two boots to the Dennis Laws.
Hope the the little arsewipe is identified.

He was the old bill had a word and he apologised apparently he is also doing some ''volunteer'' work.