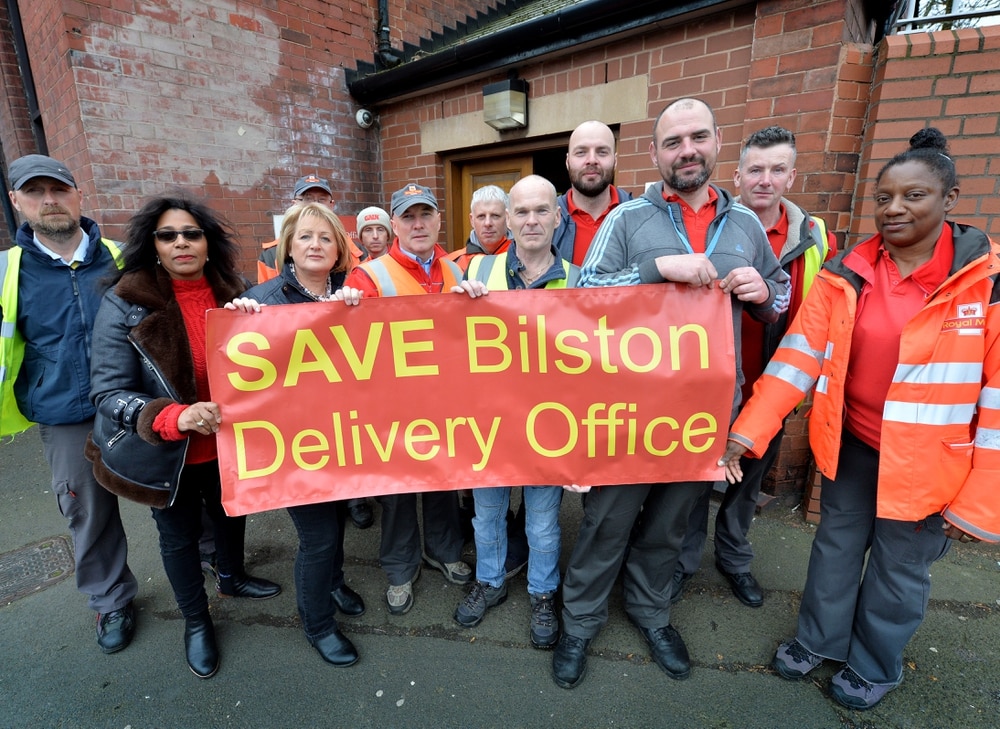 Two Royal Mail offices will close after bosses decided to press ahead with plans to centralise services in Wolverhampton.

Workers in Bilston and Wombourne will be moved to the main offices in Sun Street after being told proposals announced earlier this year would go ahead.

Staff in Bilston were said to be "disappointed" by the move but not surprised following a six-month consultation period during which protests were staged.

Around 75 workers will move from the two delivery offices in February.

The Express & Star revealed plans to close the Bilston office, on Hall Street, in March, which sparked concerns about the impact on customers who will have to travel into the city centre to collect parcels.

Fears were also raised about the wider impact on Bilston itself and that it could mean fewer people heading into town to use shops and the market.

Royal Mail said when the proposal was announced the Bilston office was "no longer suitable" due to a fall in the number of letters and parcels being delivered.

It said it had been forced to close the Wombourne base as its lease with Staffordshire County Council was up in March with no option to renew.

He said: "We had confirmation and will be moving in February next year.

"We're disappointed but not really surprised. They rejected all our plans. We put a couple of alternative proposals forward but they were vetoed on cost.

"Our general feeling is that it was a foregone conclusion from the start. One alternative proposal related to expanding the building.

"They said it would have cost 'x' amount of money to get the building up to scratch and therefore wasn't a cost-effective solution."

MP Pat McFadden, whose constituency includes Bilston, said: "The closure will transfer jobs away from Bilston for the staff who work there, many of whom live locally, and also result in inconvenience for local residents if they have to travel elsewhere to pick up their parcels. That will be a significant added burden for local people if they have to go to the main sorting office in Sun Street just to collect their parcels.”

A Royal Mail spokesman said: "Detailed planning is now underway to ensure a smooth transition for our operation and our people so that the high level of service we provide to our customers in Bilston and Wombourne is maintained.

"The move is part of Royal Mail’s ongoing transformation of its business to increase the efficiency of its operation whilst providing sites for our people which can accommodate the modern postbag."

" fall in the number of parcels delivered " . Yeah like whatever! More blatant lies!