A former employee of the company that now runs Haverhill ’s central post office has offered a damning indictment of its treatment of staff and customers.

The High Street branch was closed from last Thursday to Saturday, reopening on Monday – with a notice put on the door explaining that ‘staffing issues’ were to blame.

The branch was taken over from the Post Office on a franchise basis by ZCO Ltd in April.

The sign that was put up on the door of the Post Office in Haverhill High Street last week. Picture by Steve Barton


After the three-day closure last week, the ex-employee of ZCO, who said he put up the sign on the door, spoke to the Echo about their time working on the counter.

He said: “I was there for just under two months and it wasn’t exactly pleasant.

“What everyone said to me was that the difference between when it used to be run by the Post Office and when ZCO took over was massive.” 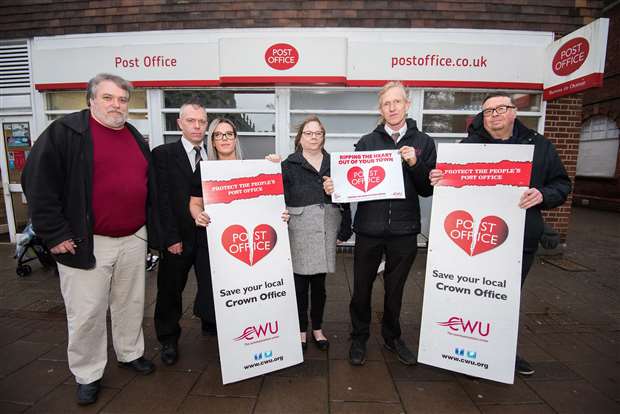 Campaigners who opposed the transfer of Haverhill Post Office to ZCO Ltd gathered outside the town centre branch earlier this year. Picture by Mark Westley.

The temp worker said the last of the original counter staff left the day he started. and claimed all of the eight full-time equivalent workers had accepted a redundancy package.

However, the temp said the original workers were told their hourly pay would be cut from £12.50 to minimum wage, which currently is £8.72p/h for anyone aged over 25, which was a big factor in their departure.


The ex-employee said that the branch, which has five counters, was short staffed regularly and that he only had two days of training, while being shadowed, before being left to do the job.