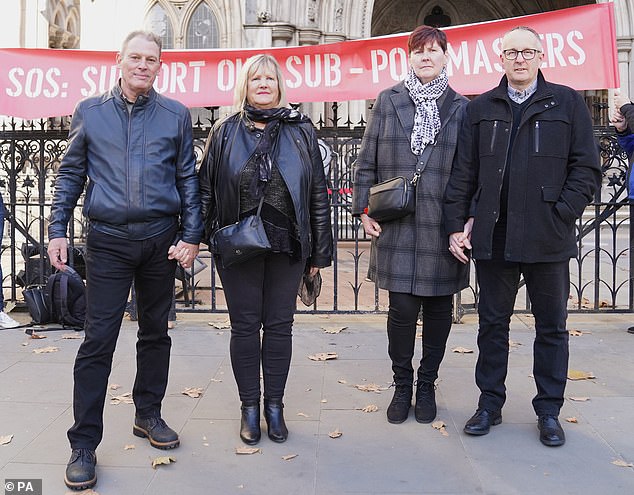 Seven more subpostmasters have been cleared after the Post Office charged them for crimes caused by its faulty Horizon software, taking the total of people wrongfully convicted to 74, with more to come

A further seven former subpostmasters have had their convictions for financial crimes overturned, in the latest reversal of wrongful prosecutions by the Post Office.

The subpostmasters were blamed and punished for unexplained accounting shortfalls based on evidence from the Post Office’s Horizon computer system, which has since been proved to contain errors that could have caused the shortfalls.

A total of 74 people have now had wrongful convictions overturned, after the Court of Appeal today overturned six convictions for false accounting and one for theft.

Among them was appellant Gregory Harding, 61, of Bradford, who was convicted of false accounting at Bradford Crown Court in 2010. The Post Office had originally charged him with theft, but offered him the choice to plead guilty to a lesser charge of false accounting. Harding received a six-month prison sentence, suspended for 12 months, and was made to perform 200 hours of community service.

The Post Office’s offer of the false accounting plea was made only if Harding agreed not to mention his suspicions that the Horizon system was the cause of the errors.

After his conviction was overturned, Harding said he was relieved and hoped word would get around to people who presumed he was guilty.

“I hope I can pop around to see people and be greeted by a smile rather than a scowl,” he said.

Harding added that after his conviction, people he once considered friends would walk past him in the street. “These are people whose kids I would give free Easter eggs to,” he said.

Another appellant, Pauline Stonehouse, ran a post office in Seaburn, Sunderland. She was convicted of false accounting in 2008 after suffering a shortfall of £15,600, which she could not explain.

Stonehouse and her husband lost their home and business. “It was horrendous, absolutely horrendous,” she said. “I think there has been a giant cover-up. They knew something was wrong with Horizon, but made me feel I was the only one having problems.”

Stonehouse added that her family can now put this behind them and look forward. “I would like an apology with my name on it,” she said. “I would love someone to explain why they did that to me.

“More should be done to find out who is responsible because they ruined our lives. They were questioning whether my husband had taken the money. How dare they – they could have ended my marriage.”

A total of 736 people were prosecuted by the Post Office based on evidence from the Horizon accounting and retail system used in 11,000 branches nationwide.

In 2009, a Computer Weekly investigation revealed that subpostmasters were being blamed for unexplained accounting shortfalls, which began to happen soon after accounts at branches were automated by the introduction of the Horizon system from Fujitsu.
All post by me in Green are Admin Posts.
Any post in any other colour is my own responsibility.
I am using an automatic grammar and spelling app, your original post if quoted may be amended by default. No judgement in your use of grammar or spelling is intended or meant.
Any news stories you can't post - PM me with a link
Top
Post Reply
1 post • Page 1 of 1