AN ONLINE shopper has been shocked by a delivery driver’s hopeless attempt to hide her bulky parcel under a doormat.

The woman, 28, was told her Sports Direct package had been stored in a ‘secure’ location but the bungling Hermes courier had just left it under the mat outside her flat in Liverpool. 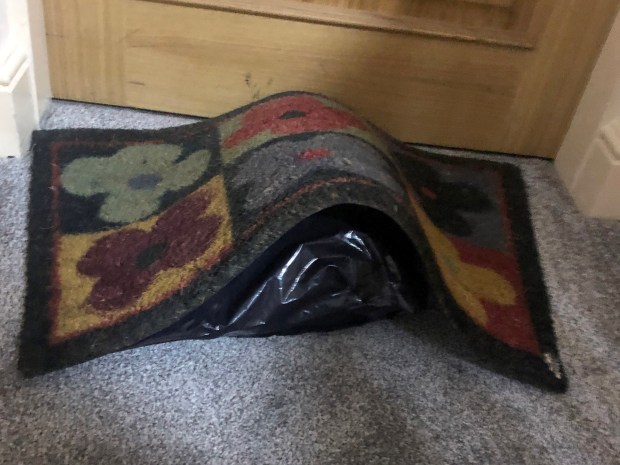 The woman, who asked not to be named, said: “This service was a little more royal fail than Royal Mail – even if it was delivered by Hermes.

“I had come home from the pub when I spotted the parcel, and at first I thought my eyes were playing tricks on me.

“But no – the courier apparently really did think ‘hiding’ the package under the mat like that, leaving it clearly visible to anyone wandering past, was acceptable.

“At the time I laughed to myself but the next day I was quite annoyed anyone in the building could have spotted it.

“I’ve heard bizarre tales about couriers before, but this really was the good, the bad and the rug-ly.”

The shopper, who works in the media, has not made a formal complaint to Hermes but she shared the images on social media.

She added: “The worst thing was the reason why the parcel was so bulky was because Sports Direct had given me a free giant mug with my order. 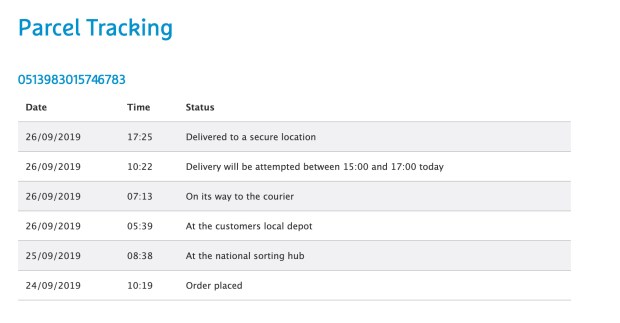 “I didn’t even want the mug, so clearly it was me who got mugged off in the end.”

A spokesman for Hermes said: “We apologise for the inconvenience.

“We will speak to the courier to ensure this does not happen again.” 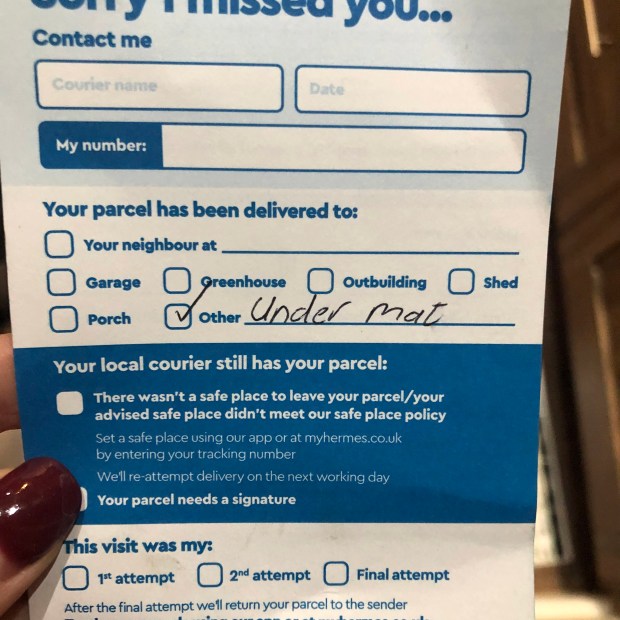 Looks like carpet outside the door so it's not outside. I suppose it depends how trustworthy your neighbours are.

Yeah it seems to be a sign of the times now, spending time posting shite like this on social media in the desperate hope that someone thinks you've got something interesting to say, anyway never mind your trusty postie certainly doesn't want that type of hilarious publicity so he won't do that he'll return it to the d.o. so you'll have to trail to go get something you don't even want.

I've had couriers leave parcels under doormat on the building's front porch which is clearly visible to anyone passing.
Inside the building doesn't seem so bad.