It’s been half a century since 83-year-old Ekaterina Dzhalaeva-Otaraeva started to deliver mail to the Tsei village in Southern Russia. Three times a week she walks 48km (30 miles) along the mountain roads.

The woman was fascinated with the postal job since her childhood years, during the war, when she was waiting for her brother’s letters to arrive from the frontline. 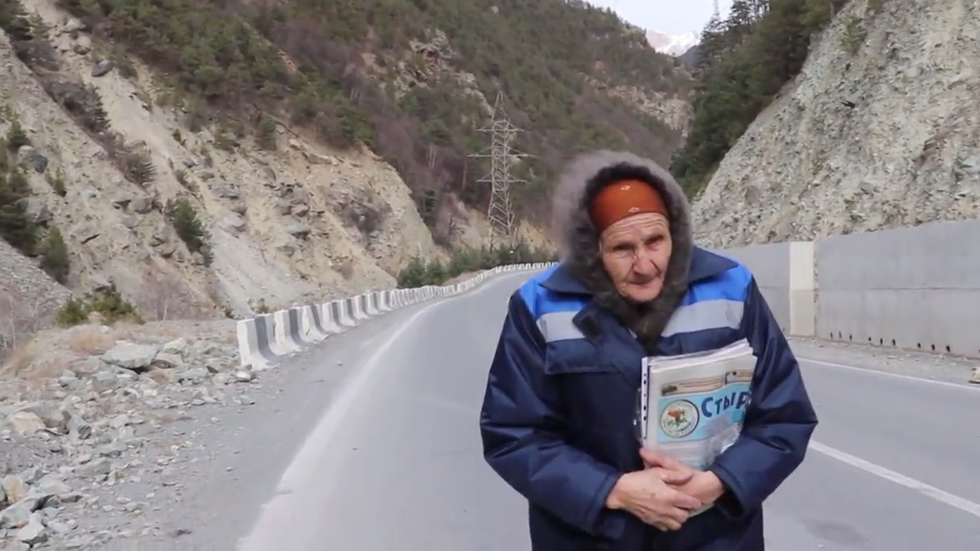 ”We only had one elderly postman in our village. Everyone would run to him and so did I,” Ekaterina says.

A school dropout, Ekaterina had no chance of getting a decent education as she was forced to help her family.“There was no one else except for me who could cut hay,” she says.

As she grew up she managed to get a job at a local post office, promising that she would “try.”

50 years later, she is still working with local residents who describe her as “always very friendly, active and diligent.”

One woman called the long-serving post officer “a man in the skirt” but added that Ekaterina always finds time to “say warm words.”

Amazing, the Russian are a tough lot and is used to hardship.