The UK’s Royal Mail has been ranked the 8th best in the Universal Postal Union’s annual rankings of 170 countries in their Postal Development Report 2020.

While the UK dropped 1.12 points to an index score of 81.81, Swiss Post got a full 100. The UPU said that this was because of its balanced and superior performance in every dimension of postal development.

Speaking about Swiss Post’s success, the director general of the Universal Postal Union, Bishar A Hussein, said, “My sincere congratulations to Swiss Post. They are a bright beacon for the rest of the international postal sector and an outlier for innovation and creativity.”

The report showed that Austrian Post moved up four positions to second, hitting 95.3 on the index. The report showed that this was achieved through significant improvements in reach, relevance and resilience as well as high reliability. Deutsche Post DHL maintained its third place with 94.2 points.

The Integrated Index for Postal Development (also known as 2IPD) draws on a wide range of postal big data — nearly 23 billion records since 2013 — to create a detailed picture of postal development globally. Each country is assessed on four key pillars: reliability, reach, relevance and resilience. 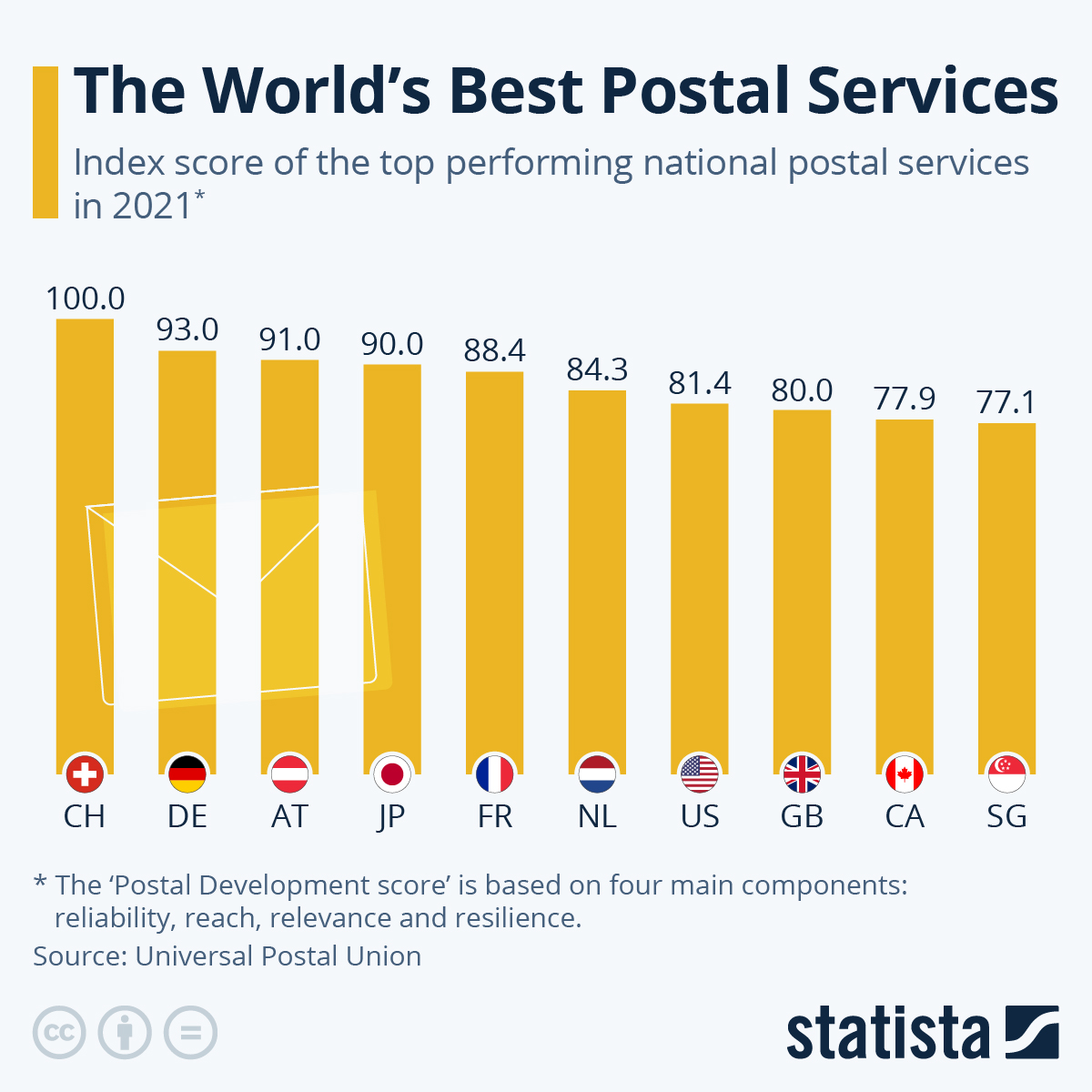