A ROYAL Mail postman has been caught on camera hurling a parcel 30 FOOT over a garden gate.

Homeowner Damien Cooke was left stunned when he saw the postie lob the package towards his front door on the intercom camera - rather than just ring the bell. 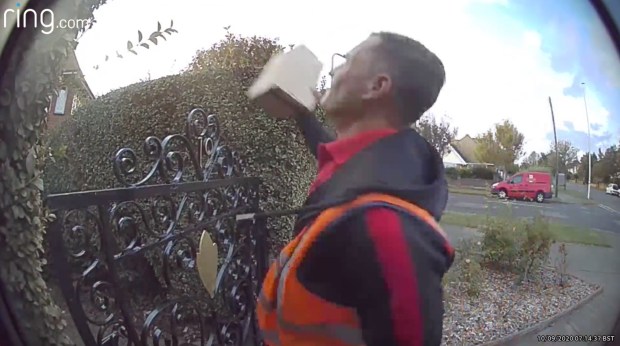 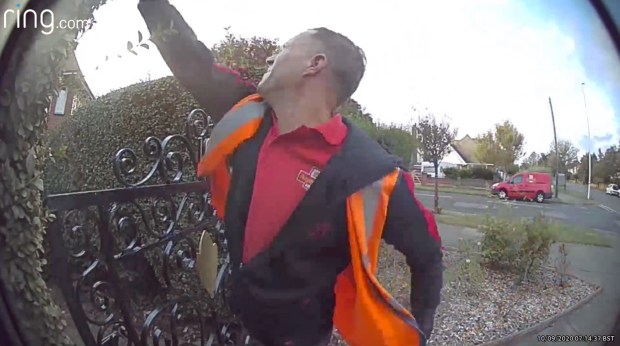 
Estate agent Damien was got a Ring.com notification on his mobile that someone was approaching his house

But he was shocked as he watched the postman practice his shot putt skills and fling the package over his garden gate towards the front door.

He even compared the postie to former Brit Olympic shot putt star Geoff Capes, joking: "It was the best throw I’ve ever seen.

“He was like Geoff Capes, it must have gone about 30ft.”

Damien, of Margate, Kent, was left miffed that the postman didn't ring the bell and just come through the garden gate like other delivery workers.

He added: “The slightly frustrating thing for me is it gives me a notification when someone is there.

'HE JUST THREW IT'

“But he didn’t even ring the intercom.

The package, containing cosmetics gifts for his wife, was left with "a few dents" in it, but luckily nothing was broken.

Damien, owner of Cooke & Co estate agents, shared the video on Facebook, which drew a hilarious reaction from pals.


One wrote: "Sign him up for the England cricket team.”

A Royal Mail Spokesperson told The Sun Online: “All items of mail are important to Royal Mail. We expect the highest standards of behaviour of all our colleagues at all times.

“We apologise for this incident and are looking into it”.