A Sheffield postman whose colleague sadly took his own life is launching a fancy dress charity challenge in his memory.

Andrew Kenny, who lived and delivered mail in Woodseats, killed himself in January this year, leaving fellow workers devastated.

Jon Scofield, who also does his rounds in Woodseats, is raising money for the charity Sheffield Mind to help others batting mental health problems.

He will be dressing as a different character while delivering mail each day, including Superman, Spiderman, Harry Potter and Super Mario, between Monday, May 9 and Friday, May 13, in an attempt to raise £250 for the charity. 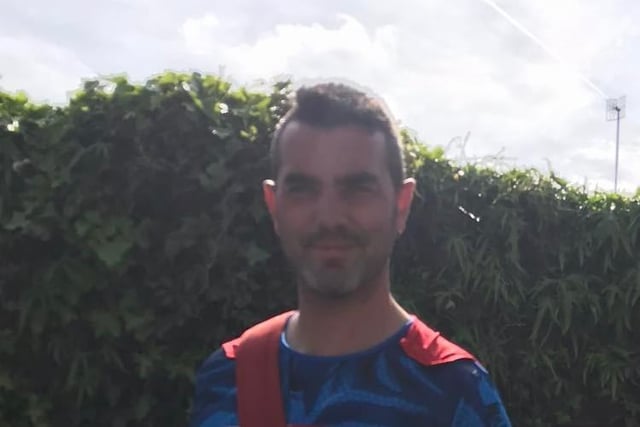 Sheffield postman Jon Scofield told how he and his collegues were devastated by the death of their former workmate Andrew Kenny. He is raising money in Andrew's memory for Sheffield Mind, to help other people battling mental health problems

Jon said: “Andrew was a great man who was liked by everyone who knew him, and his death has had such an impact on us at Woodseats Delivery Office.

“He was obviously suffering with his mental health but he seemed to be suffering in silence and none of us knew about it until it was too late. It was such a tragedy.

“Whatever I can raise will hopefully help the charity give people a way forward, help them to understand their options, to get support and to know that they're not alone.

"It will also help Sheffield Mind to continue campaigning for better services and support so people experiencing a mental health problem get the help they need, when they need it.”

Jon, who is 35 and has four children, told how he is most worried about fitting into the Spiderman costume, having lost half a stone to ensure he can get his 6ft3in frame into the unforgiving outfit.

He revealed he had suffered himself with mental health problems, and urged people to be kind and look out for others.

“Always be good to people because you don’t know what they’re going through in their personal life,” he said.

"It doesn’t cost a thing to be nice.”

To donate, visit: sheffieldmind.co.uk/Fundraisers/jons-fancy-dress.
All post by me in Green are Admin Posts.
Any post in any other colour is my own responsibility.
I am using an automatic grammar and spelling app, your original post if quoted may be amended by default. No judgement in your use of grammar or spelling is intended or meant.
Any news stories you can't post - PM me with a link
Top
Post Reply
1 post • Page 1 of 1