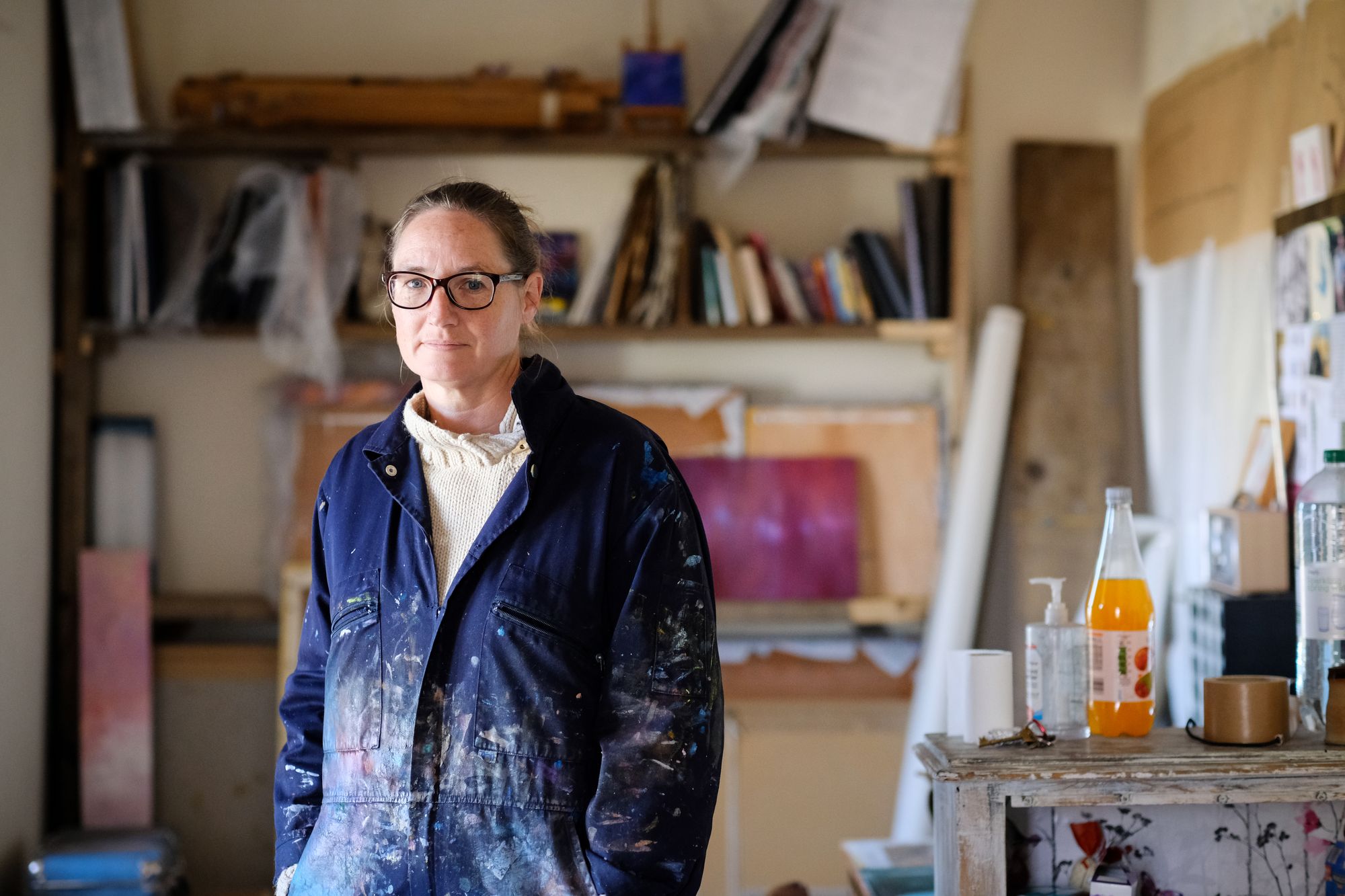 A West Cornwall postie painting landscapes in oil on canvas or corroded weathered copper plates has proved art is the purest form of escapism.

Nicky Huxham first picked up her brushes when she was just 15 and that passion has sustained her since - so much so that she describes herself as an artist who delivers mail rather than a postie who paints.

The 47-year-old mother-of-two girls and stepmother to two, admits she’s not one to write fancy ‘arty-farty’ diatribes to describe the inner meaning of her paintings so art critics can dissect her moods and emotions.

“Through my paintings I just try to be myself,” Nicky said, as we visited her in her studio in the old town hall in St Just, Cornwall.

“There is a lot about the arts world that I find frustrating which I don’t want to engage with. What matters to me is honesty and integrity.”

She wants the people who look at her art, buy her paintings or copper sculptures and other creations, to appropriate them for themselves and see where their own imagination will take them.

“Your own imagination sees things.

"It lets you build stories about each piece. Suddenly you realise you’ve been dreaming away from the reality of the world around you.

"That’s what my paintings are about,” Nicky said. “And that’s great. Especially with the year we’ve had. We can all do with a bit of escapism.”

Nicky did not start selling her art until the end of the third lockdown.

Her copper work including chess sets made from compression fittings she weathered in vinegar which she created after being inspired by the Netflix chess TV series the Queen’s Gambit along with some of her larger paintings, has been on display at the Coddiwomple gallery and arts emporium in Newlyn, Cornwall, for the past few weeks.

Large canvases also hang on the plastic sheet covered walls of her studio where she has been able to return to now most lockdown restrictions have been lifted.

There are three on the go that Nicky is in the process of adding to, changing and finishing.

To her own admission, Nicky, who has been the Pendeen postie for the last 20 years, is a bit old school when it comes to selling her art online.

“I don’t like the fact that online pictures look so different than in reality. The light is different and paintings can look so flat. I don’t want people to buy something online and be disappointed because it doesn’t look like what they saw on the internet.

"I’d much prefer if they could see my work in real life before buying it. Almost touch it even. My paintings have so many layers, so much depth. That’s why I love oil paint so much. They’re so glossy and vivid, something you don’t get with acrylic paint. You can layer up oil paint on any surface.”

Nicky created a series of small experiment paintings on wooden boards covered with Bible pages as well as on repurposed copper plates from old tanks tacked to wooden boards.

“For some people looking at these paintings on Bible pages they’re a form of prayer. For others they’re the Northern Lights or sunsets or galaxies.

"It is what you want to see and that’s fine. I guess the good thing about doing art for myself rather than to order from a gallery is that I don’t have to please anyone.
"It took me years to accept who I am as an artist. I love the idea in the Dark Material books that you could cut a sliver of light into another world and walk through. I guess I try for my paintings to be those slivers onto other worlds.”

Nicky studied at the Plymouth College of Arts at 17 as well as at the Newlyn School of Arts before moving away from the Duchy only to come back to West Penwith when her husband’s job forced the family to relocate to Cornwall.
All post by me in Green are Admin Posts.
Any post in any other colour is my own responsibility.
I am using an automatic grammar and spelling app, your original post if quoted may be amended by default. No judgement in your use of grammar or spelling is intended or meant.
Top
Post Reply
1 post • Page 1 of 1